Some nights, after improv class ends, I spend time with my students by sharing a beer or a burrito. We’ll go over that evening’s lesson and then eventually the conversation organically moves on to other subjects. Sometimes these conversations continue beyond the bites and brews – these are the ones I refer to as parking lot meetings. A lot has been planned, created and revealed in these “meetings.” And, it’s often where students become vulnerable about how the improv class is really affecting them. It’s where improv wisdom often meets real life, so I’m happy to hear whatever gems bubble up on the blacktop.

On one recent evening, a parking lot meeting with a student turned into a conversation about my own journey to build a life in St. Augustine as I had just reached the two-year mark. I told him I wanted to:

After I mentioned each of these things, his reply was, “You’re doing it.” Sometimes it takes another person to make you realize that what you’ve been manifesting has actually come to fruition, so I was thankful that he stated the obvious.

And then one other want surfaced … the desire to connect. While I’ve made lots of friends and connections in St. Augustine, my oldest and closest friends are in other cities – Denver, Chicago, New York, Philadelphia. The thing about making new friends is that it takes a while for them to become old friends. No one new is like the friends that knew you when you were in college, or going through a divorce or catching the long form improv bug. Sometimes, no matter how great your new circle is, it’s the old friends that you want to sit down next to at the bar or the coffee shop or the improv show. So I told my student I was going to work on that for next year.

Connection is also a want for him as well. However, his desire falls under the personal development umbrella. He’s been hoping to fill his toolbox with ways to easily engage in conversation with new people, which is how he ended up in my improv class. He asked me how I’m able to chat with people I have transactions with as he couldn’t think of anything to say to someone he was paying for delivering a service. I replied with examples such as, “The Cambodian ladies who do my nails wanted to hear about my trip to Cambodia once I told them I got my purse there.” Or, “The guy at the veggie restaurant loves Swatch watches too.” Or, “The folks who work at the parking garage really like chatting about my smart car.” Suddenly he said, “Oh, so you’re looking for connections!” In that moment, the improv wisdom really kicked in for him.

Shortly after that parking lot meeting, my student went to a holiday party and I received the following note the next day from him:

“I went to a party last night and I only knew the host. I was nervous but I used it as a way to work on finding connections while utilizing “yes, and…” It worked out great!! I was talking to everybody and striking up conversations that were so engaging that people in the party started migrating to my table to join. It was completely different than how I normally am. Your improv class has been life changing!”

As soon as I read that note, I knew I needed to be here in St. Augustine doing exactly what I’m doing despite where my old friends live. This student is on the road to becoming an old friend – and so are many others. I just have to be patient and spend more time finding and cultivating connections. Thank you to this student who made me realize – once again – that a teacher is always learning too. In 2018, I look forward to connecting with him at the bar or the coffee shop or the improv show.

Opportunities to make new connections in 2018 via improv wisdom’s “yes, and …” tool …

Start the year off on the playground with a recess for grown ups! Part play adventure and part happy hour, you’ll be able to mingle, play improv games and connect with new friends, too! Your ticket includes one drink (beer, wine, made to order coffee or gourmet tea). Additional beverages – and food – for sale by City Bistro. 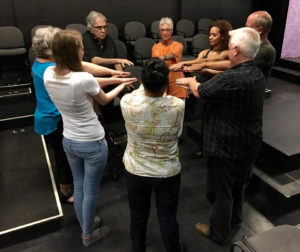 Throughout this introduction course, students will explore the basic concepts of improvisation in a warm, safe and supportive environment. The class is designed to build self-confidence and explore creativity using the fundamentals of improvisation. 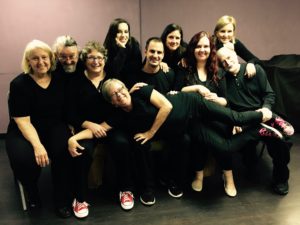 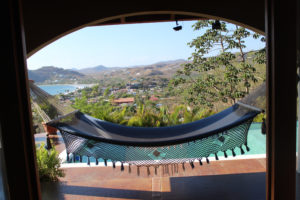 A small group “playcation” for you to disconnect from devices, dive into an adventure and connect to other like-minded people while in the comfort of an eco-retreat designed to bring you back to the natural environment – and yourself.

Please visit The Adventure Project’s calendar and the play retreat pages for more details on all events as well as tickets and registration information.